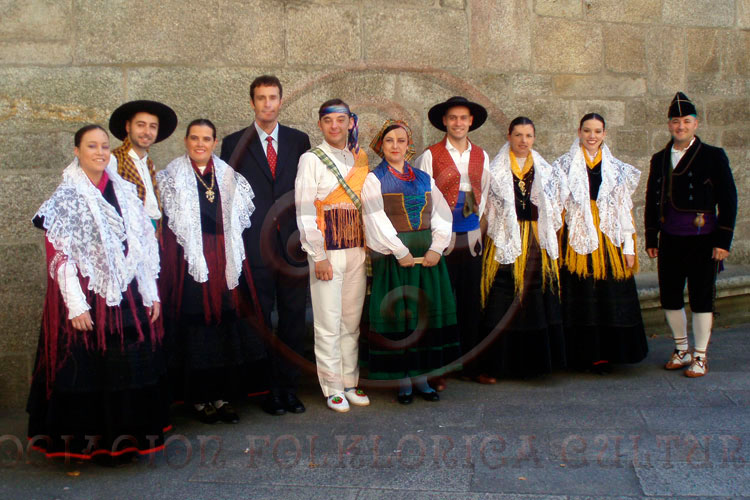 On Saturday September 15, part of the group of Orballo cantareiras were invited to sing for the Association of Songs and Dances of Santander in Santiago de Compostela, on the occasion of a wedding.

The link was held at the Church of San Francisco, and to the surprise of the couple at the time of the offering, the cantareiras of Orballo interpreted “Os cantos de Monzo”, while components of Songs and Dances of Santander were offering.

At the end of the ceremony, in the atrium of the church, the group had prepared a Muiñeira Santander learned, just for this occasion, in which cantareiras of Orballo accompanied with the tambourine.

It was a different performance, which was very well received, so from this space we want to thank the Santander Group for having our partnership in this initiative, which was certainly at least original.

This entry was posted in Performances. Bookmark the permalink.