Orballo at the XXV International Folklore Festival of Pontedeume 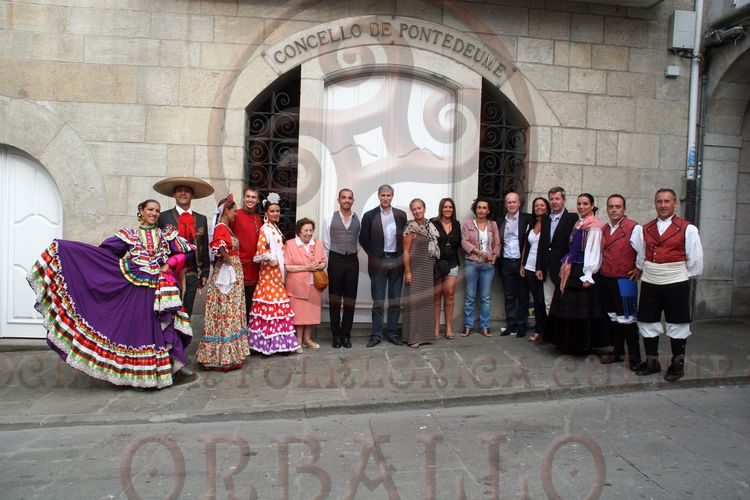 On Aug. 3, took place in the village of Pontedeume, the XXV INTERNATIONAL FOLKLORE FESTIVAL OF PONTEDEUME, organized by the Folklore and Cultural Orballo.

The event, stood on this issue in the Plaza de San Roque (Plaza de la Calzada). As participants in addition to the host group, we visited Osmk groups (Siberia), Colima (Mexico) and Ronda (Malaga).

Began just after 19.30 pm the parade through the streets of the town, from polar Plaza Real, where he joined the parade, the representatives of each group pairs, which were received in the City of Pontedeume, by the municipal corporation.

Arrived at the venue and after nine at night, started the festival, where each of the participating groups could demonstrate proficiency in the traditional songs and dances of each country.

Finally, there was a delivery of gifts that could have a do remember passing through the town of Pontedeume and the International Folklore Festival of Pontedeume.

You can see the photo essay in http://www.orballo.org/?page_id=78&album=5&gallery=21&lang=en

This entry was posted in General. Bookmark the permalink.